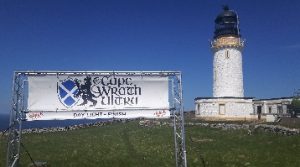 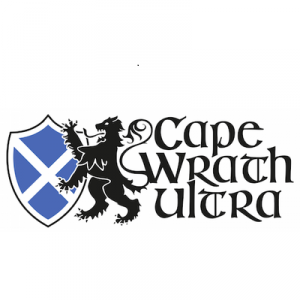 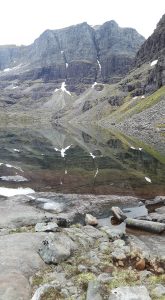 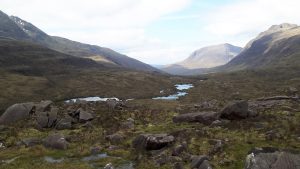 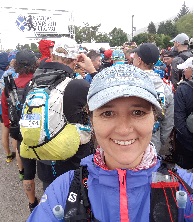 My Running Holiday on the Cuckoo Trail

aka Running the 2018 Cape Wrath Ultra

Much of my motivation for running is to explore the natural world (the rest is to do with enabling me to eat lots without getting fat!), and when I heard about the Cape Wrath Ultra, I immediately thought that this would be a wonderful way to explore the wilds of northwest Scotland.

The Cape Wrath Ultra is an organised trail running event which takes you to the furthest northwest point of mainland Britain - Cape Wrath - from the starting point of Fort William. The 240 miles of the route is split over 8 days, so with an average daily distance of 30 miles per day, this isn’t for the faint-hearted. But, starry-eyed with my dreams of days and days out in the Scottish back-country, I signed up.

Training was relentless, but I have precious memories of time out on the trails where I experienced the best and the worst of Wales’ outdoors: nibbling on wild strawberries growing in a hedge; battling an icy penetrating wind as I finally reached the plateau of hills above Lake Clywedog; trying to spot the puffins shortly after their spring arrival at South Stack on Anglesey; enjoying a misty dawn view over the fields just by my house; feeling more than seeing the ground underneath my feet when I tried out a few local runs in the dark. The time I put in was an end in itself, as well as a journey to the start line.

Before I knew it, it was May and I was heading north to begin my running adventure. Along with 176 others, I went through the registration and briefing process, and all too soon, found myself on the ferry across from Fort William to the starting point just across Loch Linnhe, where a piper greeted us as we landed at Camasnagaul. What a start to my holiday!

Holiday is an interesting choice of words, and although we were all taking time off from work to be there, I’m not sure that many people would define it as a holiday. The event is utterly gruelling, demanding huge amounts of effort, often over very difficult terrain. There are no paths for something like a quarter of the route, so imagine yourself picking your way over big tussocks, bogs and boulder fields, not to mention multiple stream crossings. And while the route only goes up to one actual summit, there are a LOT of hills.

But the rewards are massive, and my dream of exploring this (to me) mostly unknown area of Scotland came true. Every day I heard the unmistakable call of cuckoos, as we passed along valleys with woodland dotted over the lower stretches of the hillsides. On the most miserable of days, battered by rain and cold winds, my spirits were lifted by the sight of orchids. On the most sunny of days, the views across hills and lochs without a building in sight seemed endless. The advantage of being a slow runner, and often walking too, meant that I had plenty of time to enjoy the world around me!

I had to be constantly aware of my surroundings. A turned ankle due to a moment of inattention would mean the end of the event, so I became very finely attuned to what was going on underneath my feet. I came to appreciate the look of different grasses and mosses, and noticed how the rocks and stones along the paths changed as I covered the miles. Looking up, I had to make sure that I stayed on route; a navigation error would not only cost me valuable time, but could have got me disqualified if it had been judged to have been an intentional way to shorten the distance. Constantly keeping an eye on the landscape around me reassured me that I was where I was supposed to be (did reality match the line on the map and the electronic navigation line on my watch?), but at the same time meant that I noticed the shapes and configuration of the landscape. My mind was drawn back to my O Level geography paper when I had to point out the key features of a glacial valley as they were shown on a section of an Ordnance Survey map; here, out on the Cape Wrath trail, I didn’t need a map – the U shaped valley, the corrie at the head of the valley and the huge glacial erratic stones left stranded by our path all told a very clear story of past glaciation.

I am always curious about what’s around the next corner, or what’s over the next lump or bump in the landscape. This came in very handy here, particularly when my sense of enjoyment was slipping a bit and I needed that bit of extra motivation to keep myself going. A seemingly interminable climb at about 15 – 20 miles into Day 7’s 38 miles was broken up by a series of false summits which kept me guessing, and I was rewarded at the top of Ben Dreavie by a glimpse into the area’s geological past with what looked like manufactured aggregate but was in fact the result of ancient volcanic activity.

The days slipped away in a continuum of struggling out of my sleeping bag at 5.30am, getting packed and ready in time to leave camp promptly at 7am, making my way along the tracks, paths and unmarked route of the Cape Wrath trail until finally reaching the welcome sight of the many blue tents of our camp at the end of the day. The events team were unstinting in their efforts and support to the runners, and the ‘back room’ organisation and logistics can’t be faulted. Their hard work meant that all I had to do was focus on getting out on the trail, getting along it, and getting to the end of the day safely.

But the Cape Wrath Ultra was so much more than this. My fellow runners were a big part of it, coming from all over the world, and sharing their running experiences and motivations with me. We gave each other the support and encouragement we all needed to keep going when things got difficult. Sharing really corny jokes with another runner, as sent to us daily along the route by our kids via ‘Ultramail’, made my day! (What sort of cheese can you hide a horse in? Mascarpone!)

I was over the moon to make it to Cape Wrath on Day 8. The sun was shining as I summoned all the energy I could and sprinted the last hundred yards, with the lighthouse firmly in my sights. I didn’t quite manage all 240 miles; having cut short the two longest days and as a result started one day partway through, my tally was 200 miles. Although I would have loved to have done it all, it really doesn’t matter. 200 miles is still a VERY long way to run in 8 days, and I was able to keep myself fit and well enough to be out on the trail every day, and to finish it in remarkably good shape. More to the point, I’d achieved what I set out to do – explore the wilds of northwest Scotland, and enjoy myself!